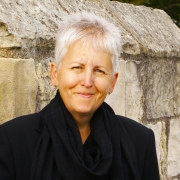 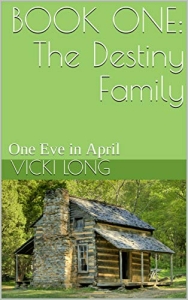 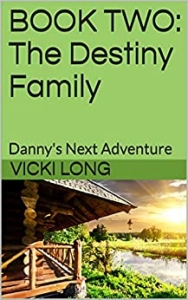 Available on Amazon in the Kindle Store.  Follow Links for Both Book One and Book Two

Book One: Angie’s flees the city to find a safe place to raise her son and the family she found in Destiny.

One fateful night changed Angie’s life. She found love, but she also found danger. Nothing about her life was the same after that night. Instead of the boredom of her old life, she found the courage to make a new life. Now
that she had found the man she loves, she would have to leave him behind.

To avoid endangering her son, Angie is forced to flee to Northern Michigan to a new family and new friends, but most importantly to a place where for the first time she feels she belongs, Destiny. Angie finds herself at the center of an ever-growing family, a family that is drawn together by their common need for love and support. Her strength comes from how much they depend upon her, but mostly because she feels needed and loved. But, until the day her true love comes home, she will not truly feel safe. Vicki Long’s novel reveals the true meaning of family.

Book Two: Danny found the love of his new family and a sense of belonging he hadn’t had in a long time when he moved in with Angie.  Through their family of friends, he learns responsibility, gains confidence, and plans for a future. Much like Angie’s journey, Danny finds that often a twist of fate can change everything. 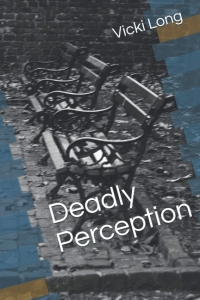 Mystery novel tells the story of woman’s ability to discover secrets through drawing. Kindle and Paperback available on Amazon. Follow this link.

Preview:
Once Tim noticed his uncle standing by the door, all conversation stopped. Janet was not amused. “Don’t you know how to knock?” The spell was broken; they wouldn’t get any more done so she closed her drawing pad and prepared to leave.
Sam realized his mistake. Tim was staring out the window, not sure how much his uncle had heard. Janet touched her patient’s arm, before leaving the room without saying a word to Sam.
He followed her out of the room grabbing her arm. “You don’t have to leave.”
“We’re done for the day.” Janet said, giving him an icy look until he released her arm.
“I’m family. My being there shouldn’t bother you or Tim.”
“You are still a police detective.”
“That’s my job.”
“Next time, wait outside so I can do my job.”
Sam watched her walk briskly down the hall towards the elevator. He should be sorry he upset her, but all he could do was smile. She was gorgeous when she was mad. Her eyes flashed fire. Sam wondered if that was the only time her eyes caught that spark.

When psychiatrist Janet Leigh picks up a pencil and paper to create a drawing, she finds insight into people’s lives, both in the past and future. In Vicki Long’s book, Deadly Perception, Janet’s gift helps her make some new friends and leads her into a strange mystery that she must help solve in order to save the lives of her homeless friends. 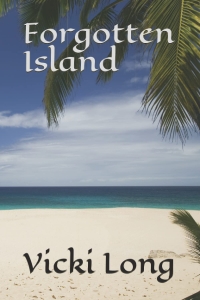 You will find this romantic adventure by Vicki Long on Amazon.  Follow this link.

Just graduating from college, Ronnie’s grandma has been diagnosed with cancer for the second time. Her grandma has insisted that Ronnie take a two week vacation to Florida to celebrate her graduation, hoping she will not dwell on her illness. In her travels, she stumbles upon Spencer Island, which she nicknames the Forgotten Island. Not long after arriving at the island, she meets a handsome hunk and other special friends that become part of her new island family.

At some point, he must have dozed off, but woke with a start. A pregnant lady with a little boy was spreading out a blanket where Ronnie had been. Sitting up, he could see her walking towards the boardwalk that went to the street. Jumping up, he grabbed his pack, towel, and shoes and ran to catch up, shoving things into his pack as he walked. Once he was on the boardwalk, Justin’s eyes searched for her and saw her crossing the street towards a blue compact car.

“Ronnie! Ronnie!” He called out as he ran across the street without even looking for traffic. At midday, beach-going tourists and locals were coming and going. Horns blared. Brakes screeched. Justin looked back at a black SUV that had to stop suddenly to miss him. Still running, he did not see the red convertible speeding towards him. Its driver was busy chatting on her cell phone. Finally seeing him, she screamed and hit the brakes. As the car struck him, Justin was thrown on to the street. Fortunately, his backpack kept his head from hitting the pavement. His right leg was not so lucky.

“Are you crazy?” Ronnie came running. “Are you trying to kill yourself?” Justin sat up and started to stand, but felt a flash of pain when he tried get up. A policeman ran up to them. “Let’s get you out of the road. Can you walk?”

“I think my leg is broken.” Justin said as he tried to stand.

“We need help. Jerry?” He motioned for someone he knew to help. “Let’s get his shoulders and make a chair with our arms. Miss, can you support his leg?”

“Put him in my car. I’ll take him to the hospital.” Abbie suggested. “Where is the closest hospital?”